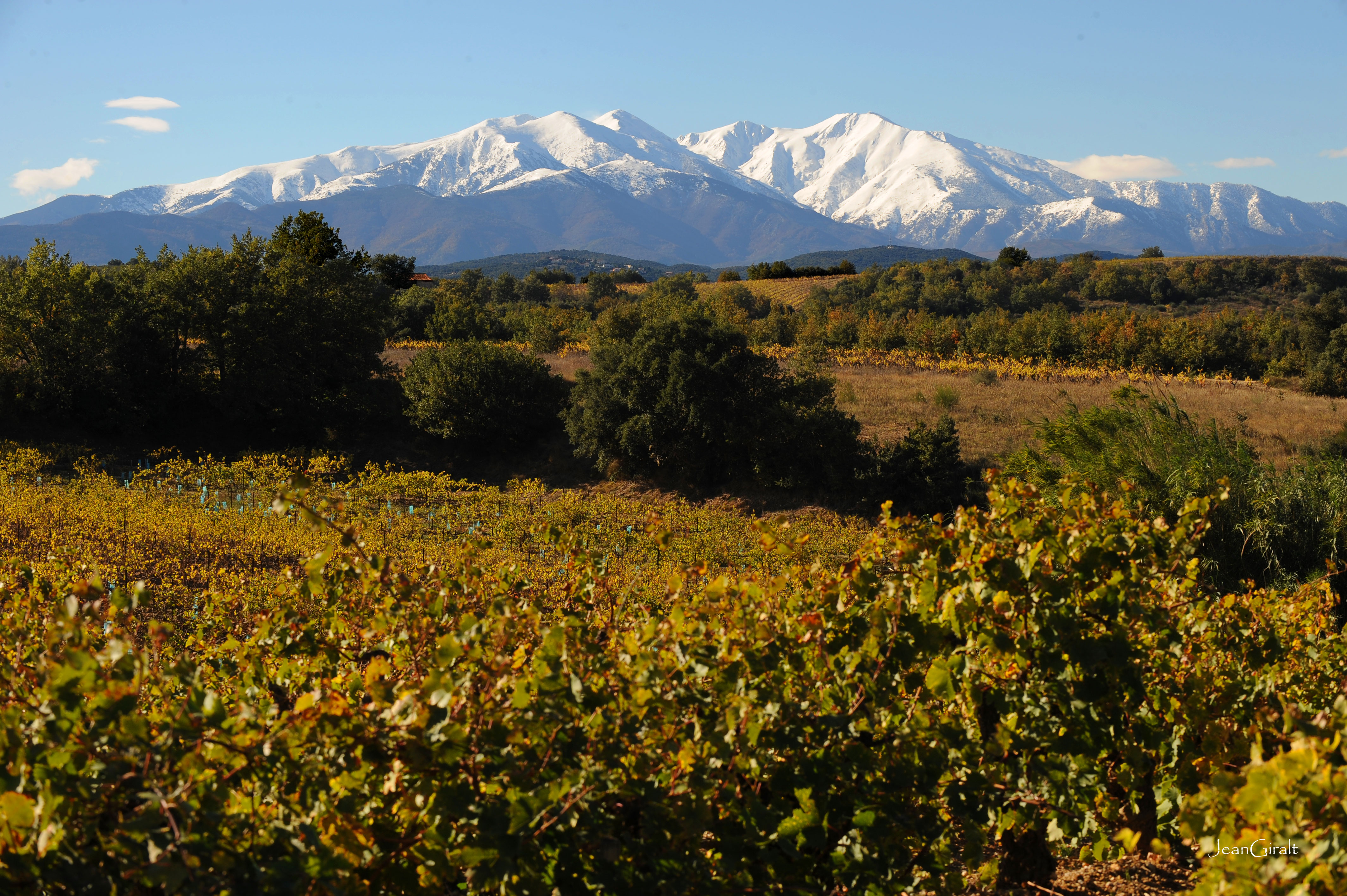 Last winter – especially during the months of January and March – the Roussillon vineyard received record rainfalls (a three-month total of 160 mm), well above other years. Additionally, 2017 has been a rainy year in general, with 250 mm of rain falling to date. Coming after a very dry 2016, this water from Heaven replenished soils and sub-soils and made for favorable growing conditions during the vine’s vegetative cycle.

Despite above-average temperatures in winter and spring, the Roussillon vineyard was subjected to several episodes of frost that destroyed approximately 500 hectares (over 1200 acres). These higher-than-normal temperatures led to an historically early harvest:  bud break was 9 days early, flowering 12 days early, and grape maturity, 15 days ahead of schedule.

From the onset of the vegetative cycle, the vines were in perfect health. The absence of water stress, combined with the favorable weather, resulted in very nice growth, with an optimal balance between leaves and grapes. Given such conditions, the first bunches were harvested in the first week of August, or 2 weeks earlier than in 2016.

Ripening continued apace after that, and harvesting followed; the last picking was at the end of September, with the Muscat d’Alexandrie for the Vin Doux Naturels.

As is the case each year, plot selection is predominant. The whites and rosés already finished show an interesting, delicate aromatic profile, with notes of flowers and fresh fruits.

For the reds, the first pressings have been done and the wines are undergoing their malolactic fermentation.

A tasting of the musts suggests a lovely complexity, underpinned this year by a good acidic support.

Already, this precocious 2017 vintage is of a high quality. It can take its place among the great years in the Roussillon, Infinitely Roussillon, for its dry AOP and IGP wines as well as for its Vins Doux Naturels.

In the words of Philippe Bourrier, President of the CIVR (Roussillon Wines Council):

“In this very atypical year, I must salute the great professionalism of the winegrowers and wineries in the Roussillon: they were able to adapt to a totally new early-ripening situation, even going so far as to divide their plots in order to closely follow phenolic maturities that were sometimes different from one end of a parcel to the other. The result is a vintage that promises to be excellent, from a year that was anything but normal.”