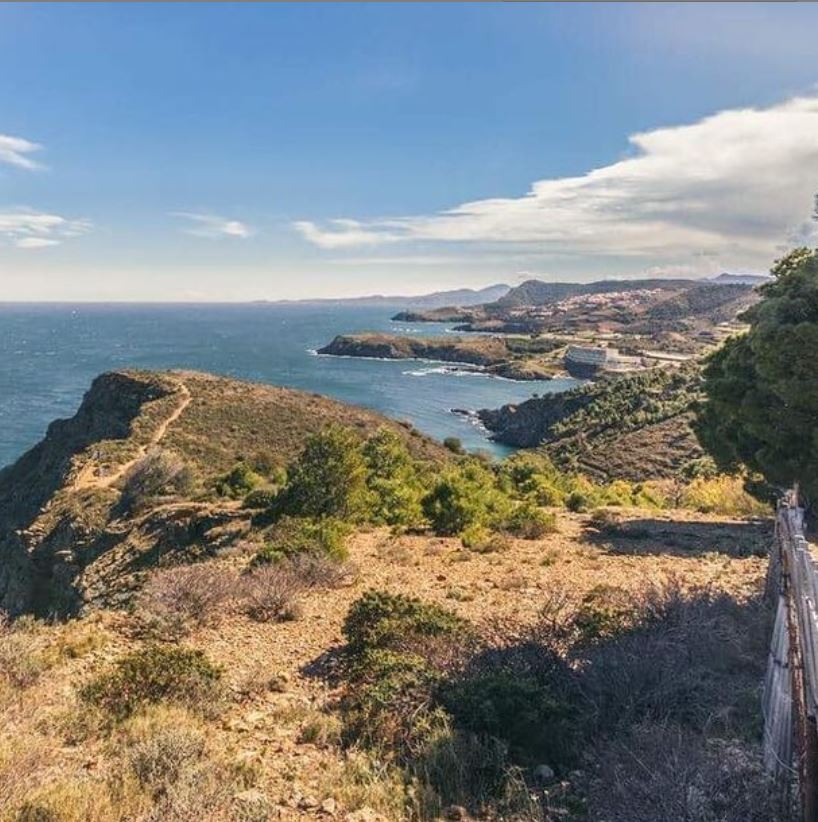 Make sure to check Winetravel for other wonderful articles about wines!

Discover The Wine Region of Roussillon in France

Culturally and geographically distinct from Languedoc, the Rousillon is home to over 2,500 producers, 29 co-ops and 345 private winemakers.

The Roussillon was first planted with vines by the Greeks in the seventh century BC, but owing to its climate and geography, grapes were not the sole focus and the area was planted to a number of fruit varieties.

Between the 13th and 17th centuries the Roussillon was part of Spain, and wine was again not the focus although it could still be found. It wasn’t until 1659 that the Roussillon became part of France, which is why the region still identifies more culturally with Catalonia.

Much like the Languedoc, the Roussillon was cultivated for grapes with the completion of the Canal du Midi as well as the rail lines to the north in the late 19th century. Although the region became a mass producer of wine at this time, it was still highly regarded for its Vins Deux Naturel for which the first AOP of the region was designated in 1936. These fortified sweet wines can be traced back to 1285 in Perpignan where the process of mutage was first described (the process of fortifying fermenting wine with pure wine alcohol with an ABV of 96% to stop the yeast from converting the remaining sugar to alcohol and thus keeping the wines sweet).

Today, foreign investment and the influx of young winemakers to the region focused on producing high-quality wines with exceptional value. These have helped to make the US the fourth largest export market of the region. Roussillon now boasts 770,000 hectares of vineyards, many of which are organic. There are 24 authorized grape varieties and the region accounts for just two percent of overall French wine production.

The Climate and Geography of Roussillon (Terroir)

The Roussillon lies in Southern France and sits in a geographical amphitheater bound by Spain, the Mediterranean, the Pyrenees and the Corbières mountains. Grapes are planted in diverse soils on slopes rising up to 650 meters. The soils are primarily comprised of clay, limestone, schist, gravel and granite. In the north near the Languedoc’s Corbières AOP, the soils are limestone rich and red. Near the coast, the soils feature more sand, stones and silt.

Roussillon is also the hottest and driest region of France with more than 320 days of sunshine. Autumn rains fill the numerous water tables with enough moisture to nurture the vines through the hot summers. And the numerous winds — including the dry northern wind known as the Tramontane — sweep through the region aiding in temperature, pest and disease control.

The Wines and Grapes of Roussillon

Fifty-eight percent of the wines produced in Roussillon are Red Wines, mostly consisting of blends. 28% of wine production in the region consists of Rosé Wines and 15% as White Wines.

Other must-know grapes of the Languedoc include:

Of the most well-known AOP in Roussillon are Colliore known for its deep, fiery red wine made from well ripened Grenache vines more characteristic of a Spanish red. Banyuls is the most renowned region for vins deux natural made primarily from Grenache. Banyuls Grand Cru wines must be aged in wood for more than two and half years, but many winemakers age them much longer. Wines of the Côtes du Roussillon are often red and can be categorized into light, fresh wines ready to drink now, or strong and concentrated wines worthy of aging. The white wines and rosés of this AOP have an aromatic complexity, sophistication, freshness and strength.

The Côtes du Roussillon Villages appellation is reserved for red wines and covers an average of 2,250 hectares of vines on steep slopes with soils of schist, limestone and granite along the Agly, Verdouble and Maury rivers. Low yields are the rule for these vines, which produces wines that are both complex and solid. Often suitable for aging.

The varietal mix is the same as for red Côtes du Roussillon (Carignan Noir, Grenache Noir, Lladoner Pelut, Syrah, Mourvèdre) with a few additional quality constraints. And five villages with high-quality terroir have the right to add their name to the Villages. These include Latour de France, Lesquerde, Caramany, Tautavel and most recently, Les Aspres.